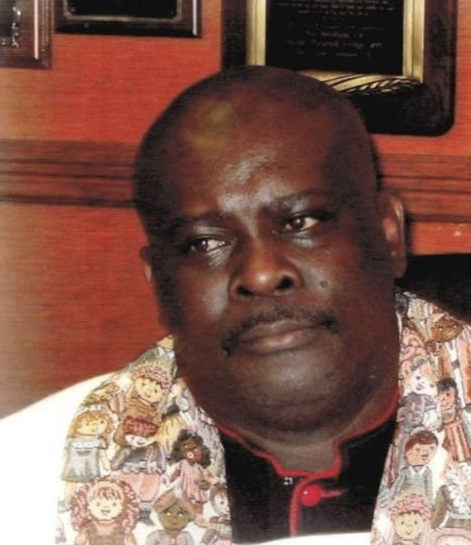 The Reverend Canon Franklin Lionel Reid received the call to serve God at the tender age of 16 and soon thereafter enrolled as a theological student at Codrington Theological College/University of the West Indies, Cave Hill Campus, Barbados, from where he graduated with Honors.

In 1982 he was ordained Deacon at St. John’s Cathedral, Antigua, and was ordained to the Priesthood in May of 1983 at St. Mary’s Anglican Church, Anguilla.  He served as a Curate at St. John’s Cathedral in Antigua and later as priest-in-charge of St. George’s and St. John’s Anglican Churches in Nevis before migrating to the U.S. Before his installation at St. Luke’s Episcopal Church in the Bronx, NY in 1989, he served at several Churches, including St. Stephen’s and St. Martin’s Episcopal Church in Brooklyn, Assistant Priest at St. James’, Fordham, and Priest Associate at St. Stephens’s and Holy Nativity Episcopal Churches in the Bronx.

Canon Reid’s ministry profoundly affected both the Church and the community of the North East Bronx.  Under his 20-year leadership at St. Luke’s Episcopal Church in the Bronx, NY, the church experienced great growth, not only in the size of the congregation, but also in the Church’s spiritual and social commitment. He believes that love is the most durable power in the world, and there is, within human nature, something that responds to goodness.

Fr. Reid moved back home in 2010 where he served as Parish Priest for St. Mary’s Parish, Antigua. In 2017 he was appointed as Archdeacon of Antigua where he had oversight of the 4 islands which make up the southern archdeaconry of the Diocese of the North Eastern Caribbean & Aruba.

It is his desire for the Church to be “a beacon of light in the community’ and will continue to stress the importance of the church’s involvement in community activities while
encouraging his congregation to be “a caring and loving Church”.

Canon Reid’s love for children and young people has been displayed in the way he interacts with them. Stretching from the Bronx to South Africa, he has done extensive work with the youth, especially in the townships of Tanzania and South Africa, reaching out to orphans and street kids. He will no doubt continue this conversation with the young people at St. Paul’s Episcopal Church.

A much sought-after preacher, he has been called upon to spread the Gospel in many parts of the world including the United States, Canada, the Caribbean and Africa.

He has received hundreds of awards from various organizations and several citations from The State of New York for his diligent and faithful service. These include awards from the Governor of NY, the Episcopal Diocese of New York, AIDS and Cancer support organizations (as he is an Activist in the fight against these dreadful diseases), The New York State Assembly, Civic Organizations, among several others.

Canon Reid is blessed with a wife and two daughters and a grandson. In his spare time, he enjoys visiting with his daughters. If not, he can be found at home reading, watching sports or his favorite TV Shows “Law and Order” and the Andy Griffith re-runs.

A priest, teacher, counselor, husband, father, and friend, Canon Reid’s motto is “We were all created for each other, and not against each other.”